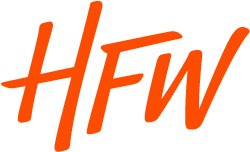 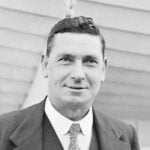 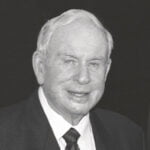 In theory, Philip Kelly retired in the late 1980s. In practice, for the almost the next three decades, Phil was as busy as ever, attending to his many tasks as Shipping Australia state secretary.

Add to this his role as chairman of the Committee of Management at the Village Williamstown, and he was one very busy person.

An Order of Australia recipient and a longstanding champion of shipping and containerisation, Phil’s story began in 1928 in the inner Melbourne suburb of Richmond. Richmond was hit hard by the Great Depression in the early 1930s, but Phil’s family fared better than many. His father was employed as sales manager in a rope manufacturing company while national and international unemployment soared.

He attended Yarra Park State School and then University High.

His younger brother became a doctor but that was never Phil’s calling.

“I think my father would have loved my doing medicine, but even at school I was sort of shying away from that kind of work and was always interested in ships. It was when I was first entrusted by Gibbs Bright & Co to go down to a ship alone with the mail that I just fell in love with those stately ships, and indeed with those who sailed in them.”

As a kid, he had watched the great ships coming and going from Melbourne while on his father’s fishing boat. Then in 1947 he joined Gibbs, Bright & Co Shipping Agency in Melbourne, an Australian agency for Port Line, Cunard, The East Asiatic Company and several tramp ship operators.

Gibbs Bright & Co provided a fascinating role and comprehensive training in ship husbandry, operations, marketing, and ultimately in management. Phil was promoted to assistant manager in the Victorian office in 1963.

“In those days – you could call them ‘bad days’ in a way for a ship owner, because they would be in port for three or more weeks at least – it was nothing for them to be on the coast for two months.”

“As an example, people don’t believe me when I tell them that I came home one day and my mother said, ‘You smell’. I said, ‘That’s horse manure.’ That’s what we had – draught horses.”

He recalled the advent of containerisation.

“In the meantime we were gearing up for the ‘container revolution’, as you might call it. We had 18 months to do that, but meanwhile, all those conventional ships were still in operation, so those offices needed their staff.”

To minimise the impact of the agency mergers, younger staff who resigned were replaced by retirees.

So what were his feelings about the arrival of containerisation?

“After the first year’s operation, I stated that the advent of the container concept would be more profound and longer lasting in its impact on international commerce than the change from sail to steam. I have had no reason to change that belief.

“I think the biggest challenge of all was not the mechanisation of it. We had a pretty good idea of how we were going to handle things. It was convincing the clients,” he said. “There was a very anti-container attitude; sheepskin exporters and wool exporters felt that their products might sweat in a confined space.”

People in the canned fruit industry were concerned their cartons would sweat.

“It was only when we got into it that we realised we could sell another point – clients would have predictability, whereas there was no predictability in the old system, given the chaos and congestion on the wharf.”

The first container ship to arrive in Melbourne was in 1969.

“We started working on plans for it in 1967,” Phil recalled. “There were two companies, both consortia: Overseas Containers (OCAL) and Associated Container Transport (ACTA).”

While both consortia cooperated in the lead-up to containerisation, the fundamental principles of commercial competition remained in place.

“OCAL had seven original Lines and ACTA had five. We planned, sometimes in parallel but also in opposition, don’t forget. While you pooled a lot of scientific research, you didn’t share your clients.”

From 1972, Phil spent time on the Board of the Port of Melbourne Harbour Trust, the precursor to the

Port of Melbourne Corporation, concurrent with his role with ACTA.

“We had a wonderful union man named Roy Cameron, who’d come from the Trades’ Hall Council. He was old enough and wise enough to realise that things had to happen in the name of progress.”

Key issues included expanding the port to meet the demands of container shipping.

“Our eye was on trade growth and the obligation to cater for it. You had to start planning new berths and the hinterland years in advance. And at the same time, we couldn’t turn our back on bulk cargoes.”

Away from shipping, he loved the simple process of growing vegetable and was a passionate supporter of the Richmond Tigers AFL (formerly VFL) club. 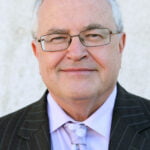 His early career in the Public Service introduced Llew to shipping via his promotion to the Exports Transportation Branch which eventually became part of the federal Department of Shipping and Transport. Llew was promoted to section head of the department and was well on his way to a career in shipping.

In 1978, he was appointed head of the Liner Branch of the Department of Transport but his shipping career really took off in 1981 when he was head-hunted to become assistant director and soon after executive director of the Australia-to-Europe Shipping Conference.

At the time there were seven separate shipping conferences operating and rationalisation was inevitable. In 1987, Llew was appointed the inaugural CEO of Shipping Conference Services Limited which was followed by Liner Shipping Services in 1992 and eventually Shipping Australia in 2001 following the merger of the Australian Chamber of Shipping and Liner Shipping Services. Llew remained the CEO up until his retirement from the position in 2013.

Among Llew’s earliest challenges as CEO of Shipping Australia was the introduction of terminal handling charges in the early 1990’s, vigorously opposed by the Australian Peak Shipping Association and resulting in an exhaustive two-year investigation by the ACCC. It was not to be the only time Llew crossed paths with the ACCC.

Llew was also involved in five major reviews of Part 10 of the Competition and Consumer Act 2010 (the Act) which regulates international liner shipping of cargo travelling either to or from Australia. Llew was a strong supporter of Part 10, because – in his own words – “it delivers benefits to exporters and shipowners alike”. Llew’s view on Part 10 were not shared by the Trade Practices Commission or its successor, the ACCC.

It’s also just one of numerous issues which Llew has been involved in – from representing his members interests during industrial disputes, working with the government on general industry reform as well as representing Australian shipping at many international conference.

Llew is a Fellow of the Institute of Logistics and Transports and in 2012 was awarded a Biosecurity Lifetime Achievement Award for the promotion border protection.

Llew’s long, distinguished and highly effective career was recognised when he was awarded the honour of Member of the Order of Australia on Australia Day in 2009. 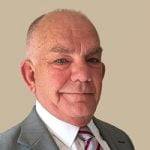 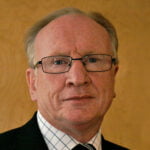 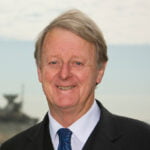 Through the exercise of his own intellect, he Dr Terry O’Brien created a system that has saved the resources, ports and shipping industries literally billions of dollars.

Dr O’Brien’s invention, Dynamic Under Keel Clearance (DUKC), has, in its various forms, been adopted by ports around the world.

Apart from having an unblemished safety record, the DUKC technology has saved untold amounts of money through reducing regular maintenance dredging and, in some cases, avoiding high spot dredging. Dr O’Brien’s technology allows vessels to sail with a deeper draught – allowing more cargo to be carried on fewer voyages.

So, for instance, every centimetre deeper that a bulker carrying iron ore can sail, means around an extra 150 tonnes of cargo, which, depending on the price, can be worth many thousands of dollars of revenue per centimetre per sailing.

When you stop to think of the cumulative impact of that saving over literally decades, it is quite astonishing.

The system also improved safety – so much so that it was deployed at several ports purely on safety grounds alone. And, in 2011, the system was first accepted by the Australian Maritime Safety Authority for use in the Torres Strait.

Dr O’Brien has also invented a wide variety of other systems, such as the Berth Warning System, that can be used to help increase berth operating safety, both for ship-berth planning and as a forecasting tool to provide real-time operational warnings on forecast wind and wave conditions which may cause ships to break lines at the berth, causing unacceptable OH&S risk to personnel and damage to vessels and wharf structures.

The impact of Dr O’Brien’s inventions and development of technology has resulted in both he and his company being recognised at home and around the world for their achievements and contributions to the maritime industry.

There has been international award recognition for innovative technology, engineering excellence and in June 2010, Dr O’Brien was awarded an OAM in the Queen’s Birthday honours list for services to the maritime industry.

After literally decades of service to the shipping industry, as an academic, as a member of international advisory bodies such as PIANC, the World Association for Waterborne Transport Infrastructure and latterly and most significantly, as an inventor of technologies of global significance, Dr Terry O’Brien OAM was a rightful inductee into the Australian Maritime Hall of Fame. 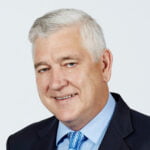